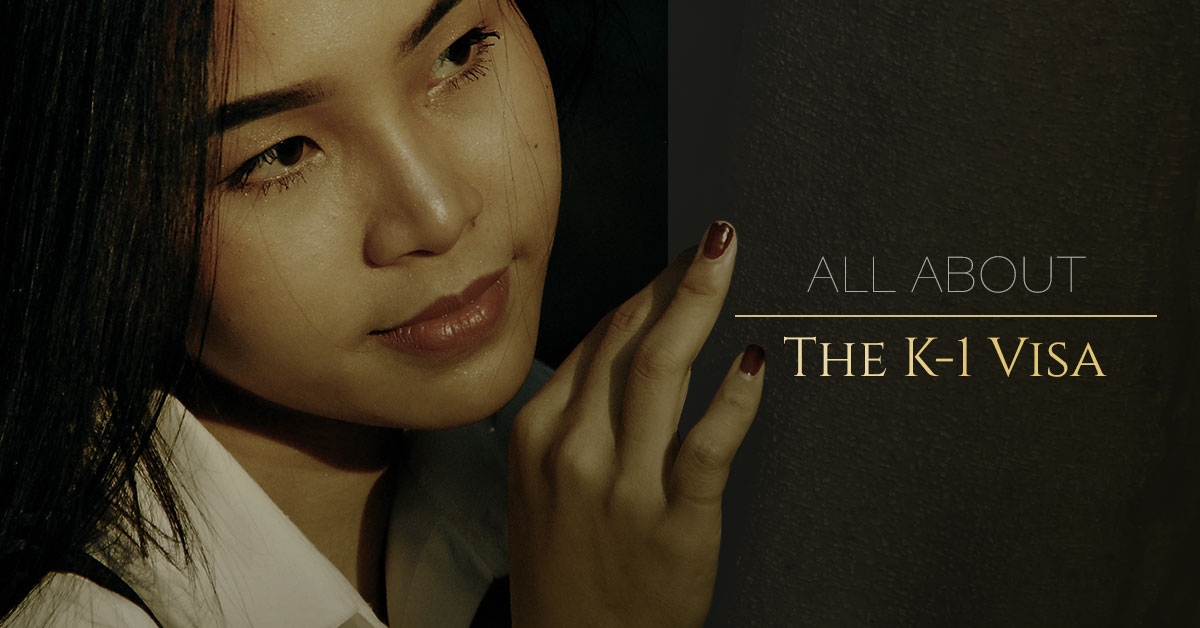 All About the K-1 Visa

One of the more popular visas lately is the K-1 visa. Perhaps it’s because it’s wedding season and love is in the air or maybe it’s because people are gearing up to tie the knot when the weather begins to break. Whatever the reason, K-1 visas are something that is needed if you are foreign and are coming to the United States to get married or you’re bringing someone over who is foreign-born for you to marry. If you’re interested in obtaining a K-1 visa, then we strongly recommend contacting an immigration lawyer who is familiar with immigration information and can help you apply for a visa. At Zohar law PLLC, we have experience helping soon-to-be-married couples get a K-1 visa to help them get down the aisle. For further information on K-1 visas, call us for immigration information.

If you’re feeling a little lost about the K-1 visa, then don’t worry, we can help. The K-1 visa is an opportunity for someone to marry another who is a foreign citizen. Generally, the foreign citizen will need a K-1 visa to come to America when their fiancé(e) is a U.S. citizen. When the foreign-born fiancé(e) obtains a K-1 visa, they are able to travel to America to meet their United States fiancé(e). If the fiancé(e) is coming from another country, then they have 90 days to tie the know before the visa expires. After the marriage has taken place, the visa will expire and the foreign-born citizen will have to apply for a more permanent visa to become a resident of the United States. The K-1 visa is a non-immigrant visa since it is temporary and leads to a permanent option when the marriage has taken place.

THE ORIGIN OF THE K-1 VISA

The K-1 visa was established in 1970. The K visa category was created during the U.S. involvement in the Vietnam War. During the military’s involvement in Vietnam, it was required of Vietnamese citizens who wanted to marry a U.S. soldier to get an exit visa from Vietnamese authorities and an immigrant visa from the U.S. Embassy. It was very difficult to get these documents, which resulted in many couples not being able to complete the process before the soldier left to go back to America. When the soldier left for America, the Vietnamese citizens were not able to get a visitor visa to America as an immigrant because they were unavailable. By 1970, there were about 100 American-Vietnamese couples who were in this situation, which made Congress pass a public law which amended the Immigration and Nationality Act of 1952 to create the K visa category.

THE REQUIREMENTS FOR THE K-1 VISA

Like many visas, there are requirements to obtain one. The couple needs to be eligible to be married in the state of residence of the petitioner. The couple needs to be of legal age and not already married to someone else. Other factors that may prohibit a couple from getting married are crimes of moral turpitude, acts of terrorism, being a member of a terrorist organization, eligible for other immigrant visas, and have untreated and communicable diseases. Additionally, they must have met in person at least once in the last two years prior to filing for a visa petition. However, this last requirement can be waived due to strong cultural or religious traditions who could preclude a meeting. You’ll also need to provide documentation about birth, ID, and any annulments if there was a previous marriage.

THE PROCESS TO OBTAIN A K-1 VISA

The process for getting a K-1 visa looks relatively simple, but it can easily be drawn out if the paperwork is not correct. You’ll need to do the following to get a K-1 visa; however, we strongly recommend that you discuss options with an immigration lawyer to ensure that you fill out the information correctly and don’t prolong the process.

When it comes to obtaining the K-1 visa, you’ll need to follow the guidelines and the requirements. Required documentation is needed to ensure that you or your soon-to-be-spouse is eligible to receive the visa. For further information on correct documentation or the process, reach out to Zohar Law PLLC.